None of Us is Smarter Than All of Us

Think about it with me. None of us is smarter than all of us. But together, I think you'll agree with me. But here's the thing... we entrepreneurs, we can easily forget that, because of the way we're wired.

Nature of the Entrepreneur

You know, there's a problem to be solved, it's in our way, it's in between us and what we're trying to accomplish, we're going to take care of it. We don't wait for permission or somebody to rescue us, or we're not looking around wanting help. And in fact, we're enormously independent, or we wouldn't have started a business in the first place.

And all those are great things until, or unless, we get to a place in life when we start to believe that we don't need anybody else around us.

I've got a formula for you, I'm going to share here in a minute, but first, I want to tell you a story that will really drive this home.

I had the privilege of living in Hawaii for over six years. And during my time living there, there were two notable lava flows. One of them eventually took out the property that I own there. But the first one was threatening the little village that was nearest to me.

Now I lived in a jungle outside of this village that was also another 25 or 30 miles away from major services. There was a road connecting where I was living to the places where we got real groceries, and so forth. The lava was looking like it was going to block that road. It was just a slow-moving lava flow. It wasn't one of those big irruptive, kind of classic world-destructing or destroying events. It was simply a long, slow natural disaster unfolding before our eyes.

Well, one of the things besides blocking the road that they were concerned about, everybody, all of us, was utility. You see, there are telephone poles and electrical services that run across the path along the road were the lava was flowing. And most certainly, the lava was going to knock out these telephone poles, and services, water and electric.

And so the city fathers, all the communities from around, were gathering trying to figure this out. All the best scientific and entrepreneurial thinkers were coming up with all kinds of suggestions to what we going to do. All kinds of solutions were coming up... most of them, I won't go into detail, but most of them were really not practical at all.

Well, it just so happens that a science teacher in the local high school, put a challenge out to her class, saying... Listen, the community is facing this problem you all know about it, your parents are talking about it, let's see if we can find a solution.

And sure enough, these kids came up with a brilliant solution for how to insulate these telephone poles from the lava. I won't describe it, but it was very simple and it was brilliant. And none of the people that were supposed to be smart enough to solve the problem had that solution.

None of us is smarter than all of us.

You see, there's always a voice, always another person, another idea, another viewpoint that can make a huge difference.

Build Your Team of Special Forces

So what kind of people do you need to surround yourself with as an entrepreneur?

Well, it's very simple. There are four kinds of people.

We also need advisors, people that do understand what we're doing, but from a particular area or perspective, that we know that we're not good at, that we need to have an expert. So in this category for me, for example, I have an attorney, a CPA, a person that advises me on social networking. I have a person that advises me and helps me with content production. You see, so I have particular people in my life that have domains of expertise, that solve particular problems that I have, so that I don't have to have that knowledge and I can focus on the things that I know the best.

We also need coaches. Now I could come across as bias person in this way, but I gotta tell you, I have never ever known -- and I would challenge you to think about this yourself... I have never ever known a person that got to a significant, respectful level of achievement that was not surrounded, and specifically had valued coaches and mentors that helped them in their journey. Everyone that has a great deal of success will harken back to the experience and the relationship they've either had, or still have, with a coach, and/or mentor, and usually multiples of them. I have three coaches right now for different areas of my life. And I depend on their advice, their wisdom, their direction, accountability... compatibility as well -- to get me through the problems that I encounter, as I'm on my way to deliver the mission that I have, that I'm passionate about.

And finally this... you need collaboration, you need collaborative partners, you need people that have energy, have a shared understanding, and have an appreciation for the problem that you solve. When you have collaborators in your life, you literally form a one plus one equals three sort of environment. This is where mastermind groups have become a very important and powerful asset for many people. This is what happened in Hawaii with these kids. Fortunately, even though the people that should have had a solution for this problem, didn't come up with one, they were open enough to collaborate with kids. They just had a different way of looking at it.

So we need cheerleaders. We need advisors. We need coaches and mentors. And we need collaborative partners.

None of us is smarter than all of us. And I challenge you today to find your encouragers, find your advisors, your coaches and your collaborative partners.

And if you have already defined these particular personas in your life, and you've done a good job of surrounding yourself, knowing that none of us is smarter than all of us, make sure that you declare it. You'll be amazed at how more your cheerleader will show up as a cheerleader when they know that you depend on them as one of your favorite cheerleaders. (By the way, we can't have enough of those types of people can we?)

So let's apply this principle going forward to build what I like to call a team of Special Forces. Talk soon 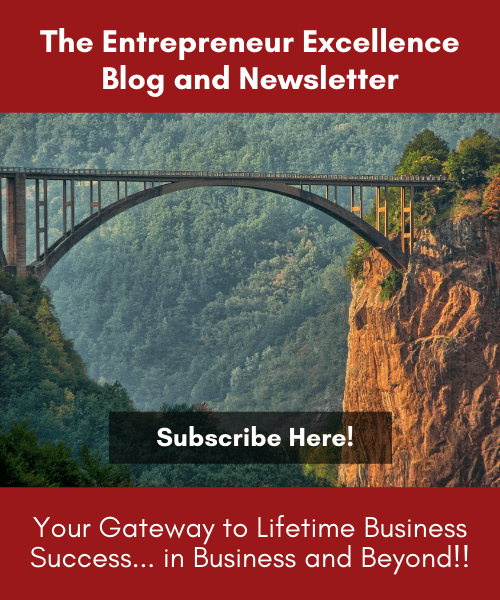